1967 is the year that psychedelic music really took off on both sides of the Atlantic, thanks to The Beatles, Jimi Hendrix, Cream, and the Doors, among others. But, in terms of mainstream adoption of the genre, 1968 is the year where psychedelic music truly integrated itself into the majority of popular music, with nearly everyone – from Motown to San Francisco – using some of the tricks that were revealed to them the previous year. In truth, the majority of the psychedelic-based music that came out in 1968 was not as “purely psychedelic,” as what had come out the year before – with artists mainly eschewing straight up, extended psychedelic freak outs and instead using psych themes to accentuate their blues or pop performances. The most influential bands of the time, such as the Beatles and Stones, had already mainly moved past psychedelic music, and saw 1968 as an opportunity to change towards more of a bluesy, rootsy sound that would become the soundtrack to a tumultuous year. Even though the tides were changing, psychedelic music was still prevalent – and here are eight albums that prove that it was still a force to be reckoned with a year after the Summer of Love.

At one point, The Byrds were one of the most popular and influential artists of the mid sixties, bringing “folk rock” into the mainstream on the back of their singles “Mr. Tambourine Man” and “Turn! Turn! Turn!” The Byrds’ legacy also includes helping to bring psychedelic music to the mainstream with their hit “Eight Miles High” in 1966. But the Byrds really hit their stride in 1968 with the release of The Notorious Byrd Brothers, a LP which found the band at their most progressive, touching everything from pristine acoustic folk music (“Get to You,”), to country (“Wasn’t Born to Follow,” “Old John Robertson”) to beautiful space rock (“Space Odyssey,” “Dolphin Smile”), to songs featuring short “Penny Lane” psychedelic freak-outs (“Draft Morning”). Behind the scenes though, the Byrds were falling apart, losing two members (rhythm guitarist David Crosby and drummer Michael Clarke) during the recording of this album, losses which would ultimately guide the bands towards a straight country sound on their next release, Sweetheart of the Radio. Even with so much turmoil, The Notorious Byrd Brothers remains a beautifully peaceful, and cohesive, albeit short album that used psychedelic themes in moderation to accent their already dreamy jangly-Rickenbacher sound.

By the time Odessey and Oracle was released in Spring 1968, the Zombies were no more. During its recording, the Zombies faced a number of challenges, including: a tight budget and strict deadline for a new album from their label, increasing tensions between the band members, especially during the recording of the unlikely future hit “Time of the Season.” Top it all off with a spelling mistake on the album cover (that’s not how you spell “Odyssey”), and by December 1967, without a hit single, the Zombies had split. Luckily, even with all those obstacles, they recorded what would be their magnum opus in the same studio where the Beatles had just finished recording Sgt. Pepper’s Lonely Hearts Club Band. That influence shines through here in spades, though the Zombies take a more fundamentally British baroque pop turn than the Beatles ever would, which makes Odessey more in line with the work that the Bee Gees did on Bee Gees 1st. Even though it wasn’t as adventurous as other music in the genre, the Zombies still created a wonderfully delightful psychedelic pop album full of blooming harmonies, swelling strings and chiming piano that takes the prize as being the most “1967-like” album to come out in 1968.

Faine Jade’s only studio album, Introspection: A Faine Jade Recital represents the peak of garage based psychedelic music that thousands of other groups were trying to make at the time. Where other minor songwriters often were one hit wonders, or straight up failed, Faine succeeded in flying colors, creating a full, cohesive work with the hooks to boot. In 1968, Introspection was overlooked – mainly because of the lack of marketing, but in recent decades has become a cult album among listeners of the genre, becoming a highly sought after item for collectors as well. Taking equal parts Velvet Underground, early Pink Floyd (a lot of the reviews call Faine Jade an “Americanized version” of Syd Barrett, which doesn’t do Faine a justice) and of course, the Beatles. Highlights include the sunny and joyous “Doctor Paul Overture,” and the more downbeat, chilled out groove of “Introspection,” but nearly all the tracks are worthwhile listens for how they merge the garage-styled psychedelic sound of California with the more exotic and playful British counterpart. All of this from a 20 year old from Long Island.

The Kinks are the Village Green Preservation Society
The Kinks
Released: November 22nd, 1968

In mid-1965, the Kinks were banned from touring the United States by the American Federation of Musicians. This was a huge blow to the band, who was looking to build on the success of singles like “You Really Got Me,” “All Day and All of the Night” and “Tired of Waiting For You” in the American market. With the ban strictly in place, brothers Ray and Dave Davies created a series of increasingly “British” albums from 1965-70 that garnered critical acclaim but received decreasing commercial attention. The epicenter of that work was the pastoral The Kinks are the Village Green Preservation Society, a brilliant album that contrasted sharply in tone and theme with another album released that same day – The Beatles’ White Album. Village Green is primarily acoustic guitar and piano driven, with its songs lyrically focused on character based stories regarding living in the suburbs, but it dabbles in blues (“Last of the Steam Powered Trains,” “Big Sky”), folk rock (“Picture Book,” “Village Green,” “Johnny Thunder”), psychedelia (“Phenomenal Cat,” “Sitting By the Riverside”) and even pre-heavy-metal (“Wicked Annabella”). Village Green was released without as much as a whimper – overshadowed by the White Album (11/22), Electric Ladyland (10/16), and Beggar’s Banquet (12/6), but now stands beside those colossal albums as the most representative of the true British way of life. 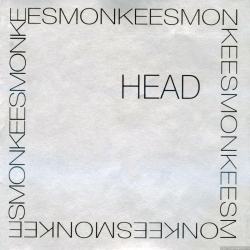 In two whirlwind years, the Monkees went from being a group of actors pretending to be in a band, to actually being in a band as popular as the Beatles, to being yesterday’s news. Sure, the Monkees continued to have hits like “Daydream Believer” in 1968, but the time where the Monkees’ brand of psych-pop music was passing by fairly quickly. Sensing their time was nearly through, the Monkees went to work on a full-length movie that would be released in November 1968 as Head, with the soundtrack to the movie coming out a couple weeks later. The trippy/nonsensical/insane movie went nearly unnoticed, with their fans being alienated by the band moving away from their poppy/clean-cut roots, and was a flop. At the end of its run, it only gained about $16K at the box office on a budget of $750,000. But, the soundtrack represented the Monkees’ at their most experimental and aurally interesting. Only clocking in at 29 minutes long, Head contains about half a dozen actual songs, with the rest of the album consisting of dialogue excerpts from the movie. Despite its length, its full of forgotten pseudo-psychedelic gems, with Geffin-King’s chiming “Porpoise Song” representing the band at their trippiest, the descending guitar riff of “Circle Sky,” the Indian styled “Can You Dig It,” and the ballad “As We Go Along” being highlights as well.

I’ll be honest, Iron Butterfly are a solidly average sixties group. If not for the 17 minute marathon “In-A-Gadda-Da-Vida,” which takes up all of the backside of this LP of the same name, Iron Butterfly would probably be just another footnote in musical history. But, that track – with its excessive guitar, drum and organ solos – played such a crucial role in the transformation of garagey acid-rock to heavy metal and prog that it deserves the mention as one of the most crucial psych albums of 1968. There are other songs on this album that make up its first half, most of them are nothing more than solid artifacts of the time that they were created in. In-A-Gadda-Da-Vida ended up selling 30 million copies (which explains why you can find at least one copy of this record in nearly every single used or vintage record store you walk into), and was the highest selling record on the Atlantic Label until a band called Led Zeppelin came along. 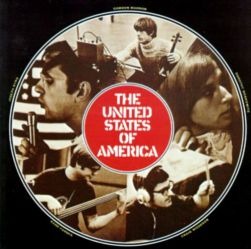 A psychedelic outfit from Los Angeles, The United States of America released one self titled album during their time together in early 1968. Taking notes from early Floyd, Jefferson Airplane, and the Velvet Underground, the band creates a sound uniquely their own by relying heavily on then revolutionary electronic instruments like wave shape generators, and the electric violin, along with other unconventional instruments. As a single entity, it comes off as a bit messy and scattered, with Dorothy Moskowitz sounding like the Airplane’s Grace Slick in front of various instrumental settings that takes you everywhere from the carnival to deep space, but beneath its complicated surface, there’s a strong album of spacey, strange psychedelia just waiting for your next trip. The band wouldn’t last long, with the album only peaking at #168, and internal strive over the direction the band was taking finally taking it’s toll.

Cheap Thrills is mainly a “fake live” album, meaning it was recorded in the studio, but fake audience sounds were added to give it a “live feel.” This technique gives the feeling that lead signer Janis Joplin is right in the room with you, which gives this fantastic psychedelic blues album more of a direct, hard-hitting feeling. Of course, it helps matters that no other lead singer of the sixties exuded the same sort of energy that Janis Joplin had. Her coarse but character-driven voice helped meld psychedelic leanings with blues guitar and progressions.  On the most famous song from this album, “Piece of My Heart,” Joplin shouts energetically while guitar fuzz adds more fuel to the fire, while on the jazz-standard “Summertime” psychedelic guitars swirl around Joplin’s fragile voice. There’s exactly one live song on this album, the stunning closer “Ball and Chain,” which slowly swaggers while Joplin wraps the world around her finger, with the listener just waiting anxiously for her to burn the whole place down.