My girlfriend and I recently escaped the confines of Boston and drove up to Portland, Maine for a 24 hour winter getaway away from the dog and our apartment. We both had a great time enjoying their restaurants and their various boutique shops, but as a music nerd, I was overwhelmed by the sheer amount of places that sold used and new vinyl records within a relatively small 5 or 6 block stretch. To my delight (and less so hers) within only a few hours, we went into four different record shops, and I came out with five of my bucket list records to add to our growing collection. With a new haul in tow, I thought I’d take the opportunity to (finally!) get the “On Wax” series started by writing about one the records I picked up.

Stevie Wonder’s run of albums in the mid-70s was nothing short of legendary, but Innervisions is easily my favorite work of his. The story goes that Stevie Wonder plays nearly all the instruments on 7 of the 9 tracks on here, and the back cover seems to acknowledge that very fact, with the sleeve acknowledging that Stevie played an extremely high percentage of the instruments on this album, including the fact that “All Instruments Played by Stevie on ‘Living For the City,’ ‘Higher Ground,’ and ‘Jesus Children of America’” which is astounding considering that Wonder was not only fully blind, but also only 23 years old. Three days after its release, Wonder was involved in a car accident where a log from a truck flew through the windshield of the car he was sitting in and hit him squarely in the forehead. Luckily, he would fully recover and go on to release at least two more genre-defining albums in the next three years.

The vinyl copy of Innervisions that I picked up is in stellar shape, with the colors on outer sleeve remaining dark and crisp, the packaging still feels thick and fresh even 45 years later. Clearly, this album was well taken care of, and went basically un-played for many years, with only some minor wear on the bottom of the sleeve. The outer sleeve itself is a gate-fold, opening up horizontally to reveal the lyrics printed directly onto the sleeve (a nice touch because most older records have the lyrics on the inner sleeve and are usually damaged very easily after just a little bit of handling). The entire package is adorned with some interesting African-inspired drawings by Elfram Wolff, with the front cover showing a hand drawn version of Wonder peering into the sky through the haze, symbolizing his “visions.” 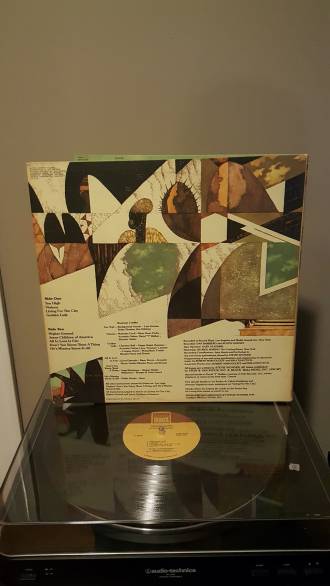 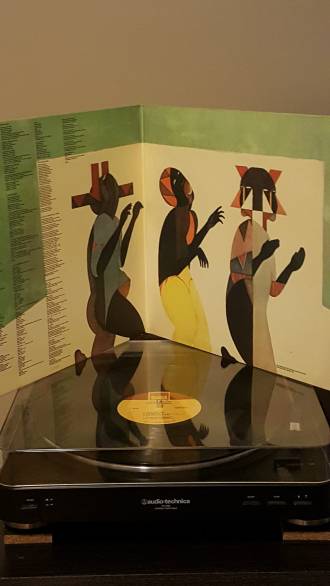 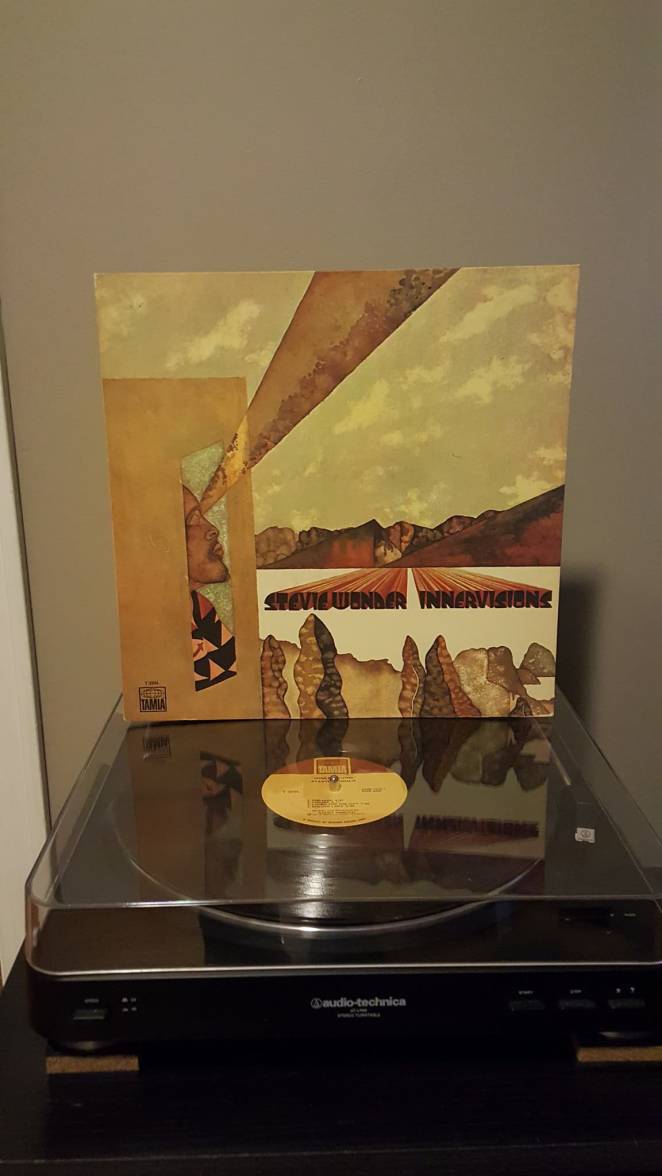 The sticker placed on the front of the album from the store I got it from in Portland (Moody Lord’s Vintage/Vinyl) says “very light wear,” and luckily that holds true, with no noticeable damage of any kind on the record itself. The yellow Tamla label is also undamaged, with no smudging of any kind. In fact, the only real mark that sticks out even a little bit is a small pen mark on the front of the sleeve. The paper inner sleeve that holds the record is an advertisement for “The Songs of Stevie Wonder” songbook, “complete with words, music, and guitar chord diagrams” for 30 of Stevie’s songs (including all 9 from Innervisions). You could have them rush deliver the songbook to your door for $5 in 1973 – a staggering $28 in 2018 dollars – which seems a little steep, but it would’ve made a nice gift for an aspiring musician who was into Wonder’s catalog (by the way, you can still get the songbook itself for about the original price today). 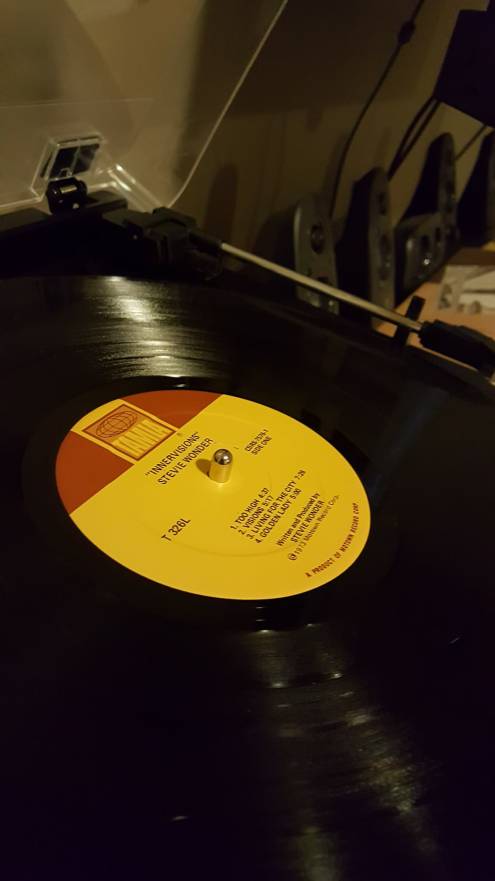 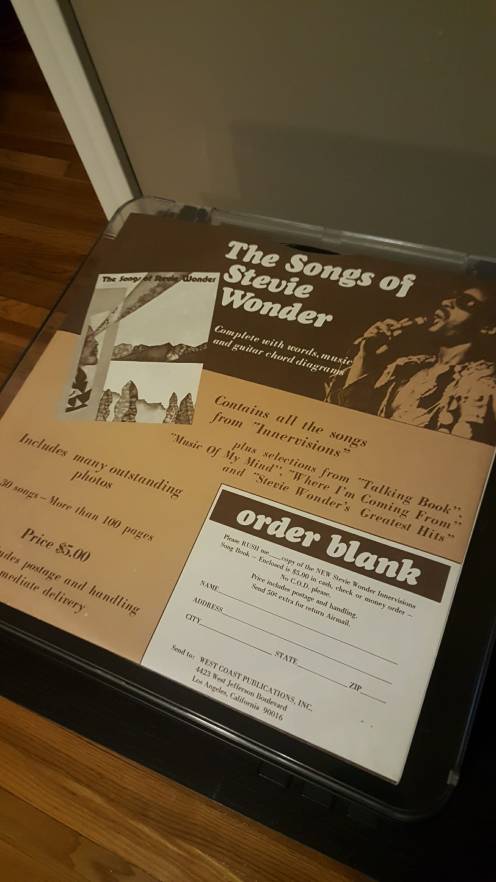 Of course, all of the physical attributions of the record itself don’t mean much if the record itself doesn’t sound great, and unsurprisingly, this copy sounds pretty great on my AT LP-60 set up. Stevie’s lead vocals are mixed a little low for my liking, and I definitely had to turn the bass up to really get the funk out of this pressing, but it was full of life, regardless. Honestly, this album is so well produced, mixed, and mastered, it will sound great no matter which way you decide to listen to it – vinyl, digital or otherwise.

If vinyl isn’t your thing, you can listen to it here on Spotify.