You’re Going To Make Mistakes: Really stupid, dumb mistakes. You’ll look back at how you handle certain relationships in college and post-college and just shake your head in embarrassment. Don’t be paranoid about making mistakes – you’ll ultimately learn from most of them. Explore new opportunities and try new things if you’re unsure. They may just change you for the better.

Things Will Settle Down: Sometimes things will look hopeless, or impossible to handle. There will be sleepless nights because of fear, anger, or sadness. You’ll make a decision that will lead to some frustrating, challenging days and months ahead of you, but know that the time and effort you’re spending on these challenging things will ultimately pan out with help from the right people and some good ol’ fashioned luck.

Be Yourself: No one is comfortable with who they are. College is a great place to start to find yourself and your moral compass, but it will take you longer to really hone in on who/what makes you happy and why. You’ll find that being yourself and not putting on a fake smile opens a ton more doors than anything else.

Listen to Your Heart: Never forget your roots and the things you’ve been through – but don’t linger. Past history is important for future considerations, but it’s not everything. Trust the advice of those who really listen, and not the ones who “know they’re always right” or tell you things because “that’s how they did it.” Those who yell the loudest are usually the most misinformed.

And a bunch of other things: Don’t put yourself ahead of others – life isn’t always fair, and sometimes you won’t get a fair shake – that’s okay. Never put someone else down to get ahead. Treat everyone nicely and genuinely, even if you don’t know them. Don’t overreact to the small things, think before you leap. Balance your time between the people and things you love. A good set of headphones and some music is the best medicine.

For those of you who are new to these playlists, I have two rules when compiling a seasonal playlist like this:

This playlist covers the period of time from September through December 2018. While reading this, I invite you to think about the songs that you listened to, and the memories that they conjure up. 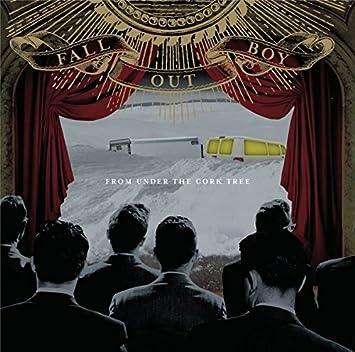 Who would have guessed that Fall Out Boy would still be selling out arenas after all these years? This is a band that had a huge following during my high school years, but appeared all but dead to rights as I entered college as pop punk waned in popularity. It was looking like FOB were going to be just another name in a long line of bands who had become victim to changing musical tastes. But then something weird happened – Fall Out Boy returned in 2013, altered their sound to fit the really cringey electro-rock genre that had taken over (thanks Imagine Dragons), and found even more commercial success. Maybe it’s the lack of good mainstream rock nowadays, maybe it’s that “believers never die,” but they’re now one of the last remaining popular “rock” bands. Strange times we live in.

I try my best to avoid any music by Fallout Boy that was created post 2007 (glad they’re back, but gosh, I wish they’d make better music), and I long for the days when a song like the incredible pop-punk anthem “Sugar, We’re Going Down” had mainstream success. I think I’ve heard this song 1000 times in my life, and still, after all these years, I find myself coming back to it again and again. It’s an irresistible 4 minute slice of punk pop heaven that stands as one of the monuments of the genre that ruled for a few good years. Play it for anyone my age, and watch their eyes and ears light up. 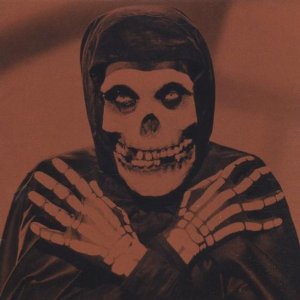 “Last Caress” connected with me immediately, reminding me of how some of the best punk music can hit a different musical nerve than nearly other genre. For it’s shock value alone it’s notable – after all, it is a song that centers around the themes of rape and murder (though, to be fair, it’s tame by today’s standards), but what really hooks me is how it sounds so full of energy and life. It’s also joyously simple – three or four chords repeated through a bare bones verse-chorus structure (“Blitzkrieg Bop,” anyone?) culminating in a stop/start and series of pitch perfect Glenn Danzig howls. The way it’s put together makes me think that someone out there could do a very good 50s era/doo-wop style version of this for a completely different effect. But for now, let’s just leave this one as is: simplicity in art.

It wasn’t that long ago that Lady Gaga was undoubtedly the biggest thing in pop. Borrowing liberally from Madonna and updating it for a 21st century audience, Gaga circa 2009-11 was an absolute pop machine. Everything she touched turned to gold,  when she essentially was one of the two biggest pop stars in the world, and everything (and I mean everything) she touched turned to gold. During that time, she had 11 top 10 hits, her videos demanded attention and became immediately iconic, her album covers were inexplicable, and her aura/personality was truly once in a lifetime. I was lucky enough to see her at the absolute peak of her fame in early 2011, and to this day, I’d argue that it was one of the most incredible shows I’ve ever been to. It’s one of those things that you had to be there to experience.

Ava Max’s “Sweet But Psycho” reminds me of the good old days of Lady Gaga, back when pop music was more about finding an escape than wallowing in your own self-pity. The fact that she looks a lot like Gaga and has many of the same mannerisms only adds to the effect, and even something like the low-budget video for “Sweet But Psycho” reminds me of something that Gaga could have made at the very beginning of her career.

I get this nagging feeling that back in 2007 or 2008, “Sweet But Psycho” could have been a legitimate hit in the States, but with the altered state of pop, it will probably remain buried as a deep cut here in a genre that’s gone in a completely different direction since that time. Despite his bi-polar shenanigans, Kanye West is on one of the greatest musical rolls of all time. Somehow, even though he’s a mainstay in the mainstream media, he hasn’t let the unforgiving media cycle stunt his creativity. You can argue it to death, but for my money, he hasn’t released a truly sub-par album in his career, and each of his new releases feels like an event of importance, where everyone is listening to the same thing at the same time and reacting. Kanye West’s 2018 was centered on the Wyoming Projects, and the peak of that work is Kids See Ghosts, his collaboration with Kid Cudi. It’s short (23 minutes), but undeniably sweet, and stands as a revitalization for Cudi especially, who sports his best stuff since the early MotM era.

Despite his big personality and big (sic: wrong) ideas, Kanye stands far enough back on this project to give the album it’s own unique feel and texture. This is most successful on the back half of the LP where things slow down in tempo – songs like “Reborn,” the title track, and “Cudi Montage” seem to escape themselves and become spacey, hypnotic mantras. The fact that Kanye doesn’t supply any overtly political lines or “scoopity poops” gives us some hope that he may not be done creating masterpieces yet, so even if you think that you’re done with Kanye, take a listen to this one. I’m not one to support Kanye on many of his political views or his perspective on the world, but, through all the MAGA hats, his strange infatuation with fish sticks, and his famous feud with Taylor Swift, he keeps delivering top quality music.

Thanks for reading! Check out my full Fall 2018 playlist on Spotify below.

If you want to see more seasonal playlists, click this link!