Here’s some of what I was listening to this past week as we all continued to adjust to the new normal.

While scientists around the world search for a vaccine to the coronavirus, British rock band The Vaccines are proving to me (yet again) why they were one of the greatest indie/rock bands at the turn of the last decade. Their first two records, 2011’s What Did You Expect from the Vaccines? and their sophomore release Come of Age are flat out unbelievable from front to back, and a great recommendation for fans of bands like The Strokes. The combination of Justin Young’s powerful and versatile yet melodic vocals, alongside Freddie Cowan’s often reverb-drenched guitar riffs are arguably the greatest 1-2 punch in a standard rock band since Morrissey and Marr, Gallagher and Gallagher, or Casablancas and Valensi/Hammond Jr. 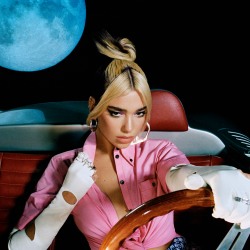 Future Nostalgia is a funky and fun disco-infused pop album that rides a wave of slinky bass lines and danceable rhythms into 37 minutes of much-needed pop bliss. It heavily relies on the music of the late 70s and 80s, full discotheque string sections included, even directly interpolating two well known 80s hits. But unlike so much music of that era, Future Nostalgia rarely sounds dated or cheesy (okay “Good in Bed” is pretty awful, but the rest of the album is pretty great!) Dua often uses her voice as a rhythmic instrument on this album, meshing with the production rather than trying to overpower it. Maybe we’ll look back at this album and this period in time and wonder why we were all so enamored with Future Nostalgia – it’s because we’re all locked in place and pop music is all we got right now. Also, that album cover rules. 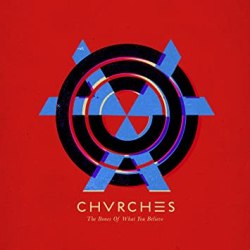 I like to think about “runs” in music, which artists in musical history had the longest streak of creating unforgettable albums, and which albums have the best runs themselves. There’s a special feeling associated with putting on an album and knowing that you’re taken care of musically for a certain period of time; you don’t have to worry about switching things up, just let the music go on auto-pilot and do what you need to. This past week, I got addicted to the eight track run that starts CHVRCHES debut album, The Bones of What You Believe. Individually, the songs check all my typical pop music checkboxes – polished, melodic, anthemic, and relentlessly catchy – but when they come at you back to back to back to back to back to back to back to back, the world around you stops, everything clicks, you escape.